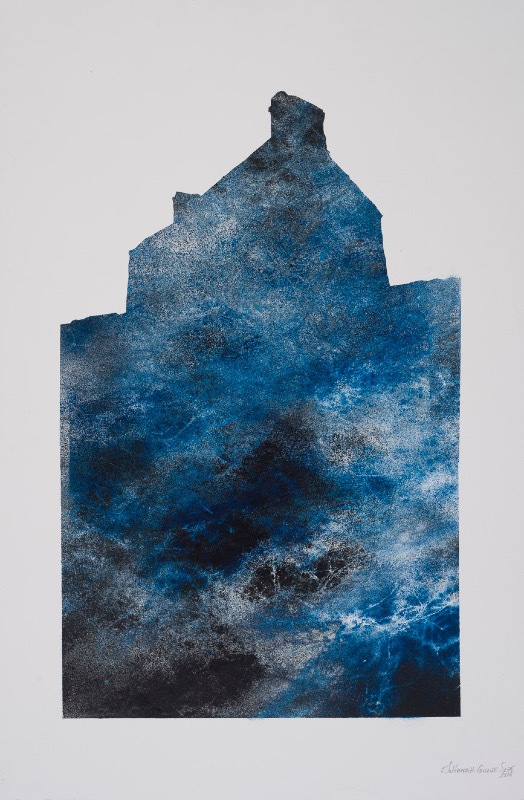 Having Studied painting in LSAD (1991-1994) I went on to work with Bedrock Productions & director Jimmy Fay,

designing sets in the City Arts Centre & The Project, Dublin. From there I went to study at the world-renowned

following my return to Ireland, I designed over 20 productions for theatre, dance, opera and film, such as: The

Abbey production of At-Swim-2-Birds 1998, Fragile a FBDT production performed as part of The Dublin Fringe

Festival 1999, also Coriolanus a Loose Canon production for Project @ the Mint. A number of the Productions I

work on were nominated for awards of distinction.

In 2000 due a life-threatening illness I returned to West Cork. Subsequently, my creative path significantly

altered, I published & launched a children’s book Nearly There which I co-illustrated & co-wrote with artist

Gabrielle Byrne, worked with horses, exhibited paintings, illustrations, 3d work and continued to design for the

I received my masters in: Art & Process, @ CIT Crawford College of Art & Design Cork, 2018. My work from the

Early 2019 I worked beside Dr. Mairead Kelly: on the Theatre of the Image module, for UCC Drama dept. & we

Spring, Summer and Autumn 2019 I exhibited my work in a number of group shows on this year’s calendar @