Brian Lalor writes about the inspiration behind his triptych in the current 'Islands' show.

The extreme topography of Rock Island near Crookhaven (both natural and built) has intrigued Brian Lalor who continues his series of large scale conte drawings of the area with, in this case, a triptych featuring the form of the island, not unlike that of a beached whale, the buildings attached precariously like barnacles to its back. The central work is dominated by the two early nineteenth century Napoleonic signal towers, linked visually to the tower on Brow Head, and to those on the mainland. Intruding into this austere landscape is the small classically inspired round and domed mining explosives store behind Crookhaven village. The functionalism of military and mining engineering provided the forms for these curious structures and the drama of a remarkable assemblage of rugged rock faces and historic architecture in an area as much associated with Marconi and the development of the trans-Atalaniic telegraph as with smugglers and sea-faring. The side wings of the triptych are formed by individual studies of the two signal towers, now in urgent need of conservation. 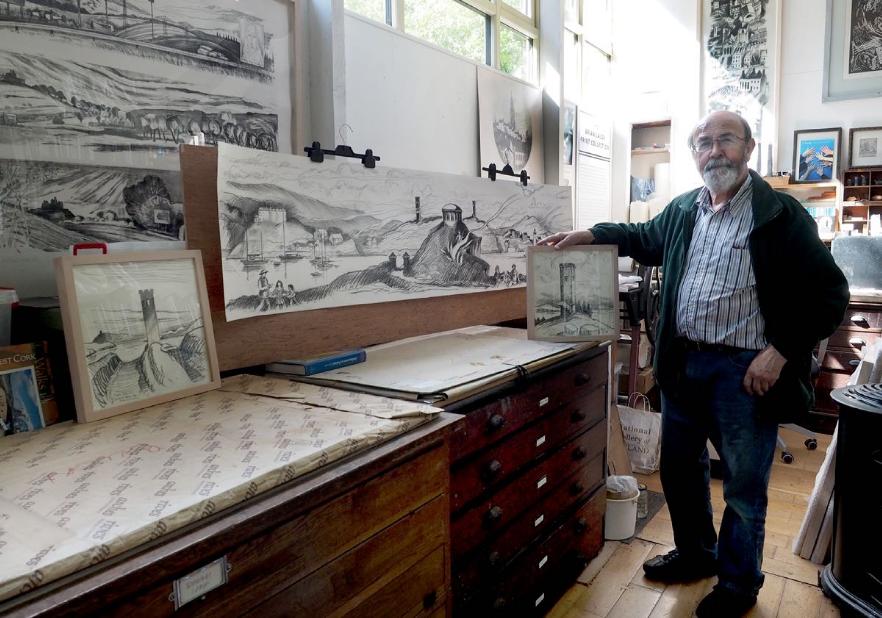